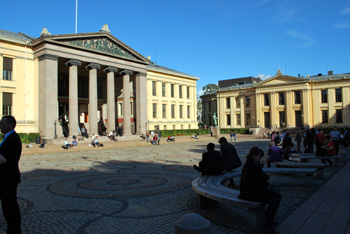 The EAA Committee for the European Archaeological Heritage Prize, consisting of Anastasia Tourta from Greece, Margaret Gowen from Ireland, Luboš Jirán from the Czech Republic, Mircea Angelescu from Romania, and Carsten Paludan-Müller from Norway (chair), has decided to award the thirteenth Heritage Prize of the European Association of Archaeologists to Girolamo Ferdinando De Simone of St John’s College, University of Oxford, and Francesco Pinto, Mayor of Pollena Trocchia, in recognition of their combined efforts that have set an important example for the integration of scholarly, and societal achievements with good heritage management under particularly demanding circumstances.

Justification for the Prize 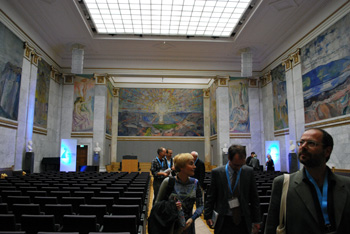 The cooperation between Girolamo Ferdinando De Simone and Francesco Pinto has brought back to light an important Roman monumental complex which after its first uncovering in 1988, had been forgotten, buried under tons of refuse in an illegal dump.
From a scientific point of view, the systematic investigation of the monument revealed that the Northern slopes of Vesuvius did in fact have an important habitation also during antiquity, and also that it had been reinhabited again soon after the eruption of Vesuvius responsible for the complete destruction of Pompeii and Herculaneum. By focusing on the Northern slopes of Vesuvius, the project has considerably expanded and nuanced the insight into Roman settlement in Campania, hitherto overshadowed by the splendour of Baiae, Pompeii and Herculaneum. The investigation has also added to our insights into life in Campania during the high and late empire between the eruption of 79 A.D. and that of 472 A.D. which particularly affected the Northern slopes of Vesuvius.
Most important of all, the excavation, presentation and return of the monument to the public, all of which happened under very difficult conditions, mobilized and encouraged the local community which participates in the archaeological work with enthusiasm. It is ground-breaking and in line with the spirit of the European Faro Convention. 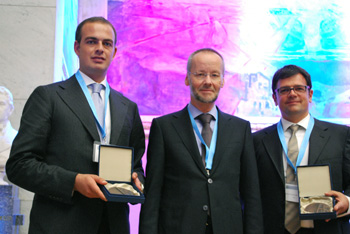 Girolamo Ferdinando De Simone’s work bespeaks the spirit of responsibility and dedication of the active field archaeologists in Europe. The firm stance of the Mayor of Pollena Trocchia, Francesco Pinto, who bravely defended the archaeological work and heritage against illegal but mighty interests, is laudable as it reconnected the Pollena Trocchia inhabitants with their historical past and reinstated their lost pride.
The awarding of the European Heritage Prize to Girolamo Ferdinando De Simone and Mayor Francesco Pinto sends a message of optimism to other European regions whose cultural heritage is endangered by questionable interests. The synergetic results of their cooperation constitutes a luminous example of what can be achieved when heritage management and archaeological research enjoys local society’s support and when archaeologists are conscious of their potential to contribute to society.